When you think of jobs in the film and television industry, acting is probably the first role that springs to mind. However, this is far from the only option open to you. For those who would rather stay out of the spotlight and work off-screen, there are tons of amazing career paths out there to choose from. Here are six to get you inspired.

Screenwriters are the people who develop screenplays for movies and TV shows. They write a script that includes not only the dialogue to be spoken by the actors but also key information about the settings, what actions the characters are doing, and the emotion of both the scene and individual lines. You could work alone on an original project of your own, or join a team working on an existing franchise, like a TV show that’s been on the air for many years.

Working as a makeup artist involves far more than just making the actors look beautiful! You might be ensuring that the makeup is appropriate for a particular period or completely altering how a person looks to suit the character. For certain genres, you could also order special effects makeup for creating wounds and scars, visually aging people, or even transforming actors into zombies and other types of monsters!

The job of a location scout is to find the perfect place to film a particular scene or the entirety of a production. That makes it a great position if you love to travel and explore new parts of the world. It could involve discovering the perfect building, natural landscape, or interior location, particularly those that have not been featured on film before or have unique quirks that cannot be replicated.

A camera operator is a person who physically holds and moves around a camera to film a scene for a movie or TV show. This could be a scene with actors or establishing shots of landscapes, cities, buildings, or rooms. You’ll need to ensure that the director’s vision is adequately captured on film and be skilled at using many different types of equipment, such as cranes, rigs, and dollies.

Costume designers are responsible for bringing characters to life through the clothes and accessories that they wear. This could involve making sure that costumes are authentic to a specific time period or culture or capturing the appropriate feel of a sci-fi or fantasy setting. It also requires thinking about factors such as each character’s personality and financial situation, as well as what they are doing and where they are going.

A foley artist creates and enhances background sounds in movies and television shows. This covers noises such as footsteps on different types of flooring, the swish of clothes and curtains, the rustling of leaves, the smash of a glass being broken, and the sound of a sword being unsheathed. They might seem insignificant, but they’re crucial for keeping an audience immersed in a story and making a scene feel realistic. You’ll need to be very creative, because these sounds are often produced in surprising ways! 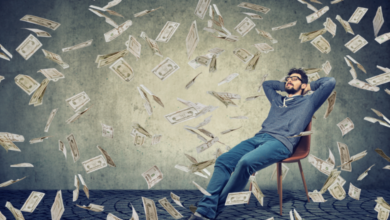