How did a hollow pipe become the world’s oldest expressive instrument and subsequently let out the most soul-stirring melodies? To find out, read this article till the end.

The journey of a flute might be intriguing for students who taking up or planning to take up online flute classes. There are a few sounds that are eternal and universal. The sound of a flute is one of them. It is the world’s oldest expressive instrument and the ancient most in the musical realm. It carries the tune of man’s heart through his breath. A piece of a mere hollow pipe with just a few holes on its surface that have been crafted out of wood, bamboo, metal, or even bones at different times and by different people in history, flutes turn human breath into soul-stirring melodies.

Flutes date back to almost 40,000 years with their origin in the three ancient civilizations of the world, namely, India, Greece, and Egypt. In western countries, it finds mentions in all ancient scriptures and books from across the world. The earliest records of flutes are found in the Greco-Roman artifacts of the Pre-Christian era of 200 BC. Later, it is found in the records that the Romans and the Etruscans played flute in 200 A.D.

There are mentions of Paleolithic flutes found in Germany that were made out of bones. Bone flutes were also prevalent in China 9000 years back. There are several pieces of evidence that suggest that flutes have been accompanying humans since the primitive ages.

It is said to have disappeared after the fall of the Roman empire only to resurface in the 10th and the 11th centuries in Western Europe and later in countries like Spain, Flanders and France. Throughout the 15th century and 16th centuries, flutes feature in a number of pictures and also in the personal collection of Henry VIII.

Evolution of a Flute

There are two types of flutes, namely, the transverse flute (side-blown) and the fipple flutes with the blowhole at one end (like a whistle). The former originated from India while the latter was available in all the three countries – India, Greece, and Egypt.

The transverse flute or the Indian ‘Bansuri’ was made of bamboo with six to eight play holes on the sides. The design of this variant did not change much after the medieval era.

The initial construction of a fipple flute was a simple cylindrical frame with a blowhole at one followed by six finger holes and sealed with a cork at the other end. 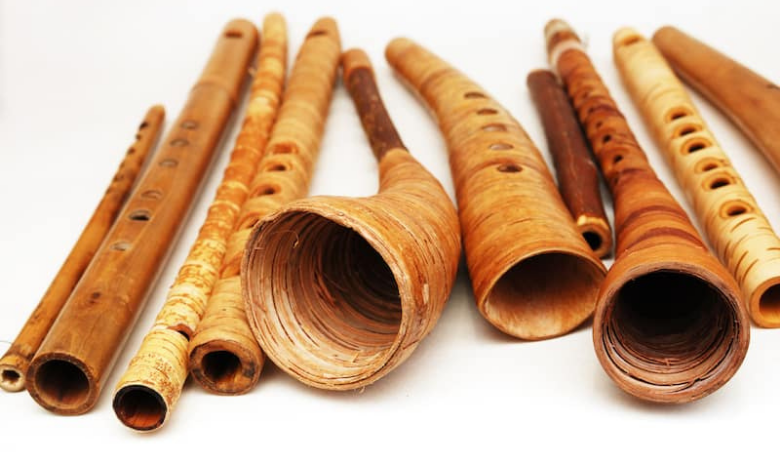 Gradually, the design of a flute evolved to become more competent to play a full spectrum of notes and pitches. In the 17th century, the highest pitch played on a flute was ‘D’ which went through further improvisation to make it more expressive.

The last three decades of the 17th century went into developing the flute for more precision and expression of the musical notes. From a three-piece flute to cylindrical on top and the bore of the body being conical at the bottom, to adding an even higher pitch at E-flat, the design and make of a flute have gone through constant evolution to play all chromatic notes.

Flute as a Mode of Communication and Expressing Emotion

What I am going to talk about now holds much significance for new learners who have just started warming up to flute. Before you scout for tips how to play flute for beginners, you should know how it works. So here it is…

When air is passed through a narrow pipe it makes a sound. The same mechanism works for conch shells. Air rolls inside an enclosed space and comes out with a distinct sound. In the case of a pipe instrument like the flute, there is a hole to blow the air in and some more holes to be blocked by the fingers to modulate the sound.

According to anthropologists flute was used as the world’s oldest expressive instrument before languages became the primary mode of communication. It also helped to connect with animals and the spirit world. This later evolved into a musical instrument as we see it now.

Between flute, drum, and string instruments, the flute is the ancient-most. It was used to connect with fellow hunters from one part of the forest to another.

Playing flute requires the use of breath which is the major sustainer of life energy. Hence, the music that comes out of the flute touches our hearts in a special way. Also, as it is played with the mouth, it is also closest to our speech.

The flute has been associated with several deities from around the world that include Lord Krishna in India, Cybele, Pan, Kokopelli, and others.

Lord Krishna played the flute to keep the cows closer to him when he took them out on the pastures. This validates the point that the music of the flute helped men to connect with animals.

Eventually, the flute has evolved to be a refined musical instrument that can play diverse melodies and tunes starting from complex classical music to soothing melodies that soothes the nerves of men and animals alike.

At present, the flute has evolved to be the most versatile wind instrument that helps performers from around the world in their Indian and western classical music recitals, jazz, and other forms of music.

Flute dates back to the early days of human civilization and still serves as the most refined lingua franca for the music fraternity. Be it for a solo performance or as a part of an orchestra, this ancient musical instrument offers a distinct rendition that never fails to touch the chords of the heart.

5 Amazing Ways to Show Your SO You Love Them

How Do You Choose the Right Tattoo To Meet Your Needs? 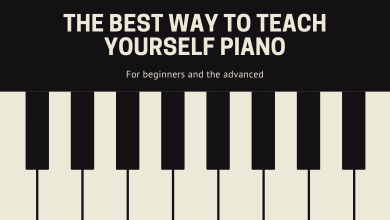 THE BEST WAY TO TEACH YOURSELF PIANO